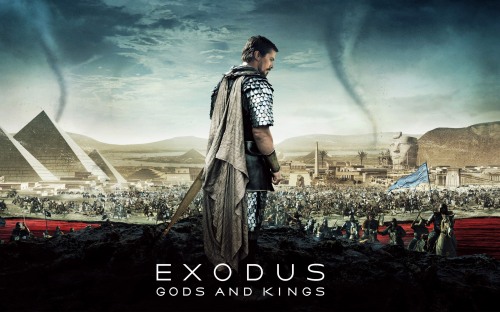 Exodus: Gods and Kings is an odd beast. Plagued (see what I did there?) with controversy as well as unhelpful comments by director Ridley Scott (these complex issues warrant specific discussion for another time), it arrives at the tail end of the year with little competition in terms of scale. It also comes out in a year that saw another Biblical blockbuster play fast and loose with the source material, Noah. Comparisons between the two are inevitable, as are comparisons between Exodus and Ridley Scott’s previous sword and sandal epics, Kingdom of Heaven and Gladiator. While these films have epic scale (and at times Exodus seems to openly imitate Gladiator, including almost identical lines), Exodus suffers in comparison with Scott’s Roman tale, especially for failing to deliver the same epic sweep, a problem that also troubled Kingdom of Heaven (though not Noah). However, this is also an unexpected strength of Scott’s take on the story of Moses. Rather than a grand, sweeping style that takes the viewer on an irresistible ride, Exodus offers instead a surprisingly intimate take on faith and politics. 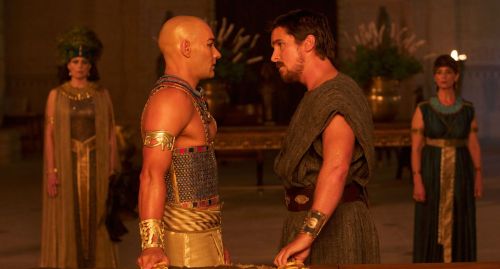 Moses (Christian Bale) and Ramses (Joel Edgerton) are close friends and allies, raised as brothers and both responsible for the Egyptian Empire. Moses is presented as more rational and politically savvy – talking to people rather than prejudging, reviewing financial records and consistently demonstrating critical thinking. By contrast, Ramses is impulsive, paranoid and, as the film progresses, increasingly cruel and tyrannical. The clash between these two men becomes a clash between power and justice, Moses’ pursuit for Hebrew liberation echoing with contemporary concerns over redistribution of wealth and the ruling 1%. While the film delivers grand spectacles in its depiction of the ten plagues of Egypt as well as major battle sequences, it does not overplay these elements – the inevitable parting of the Red Sea is handled in a surprising way. The film’s portrayal of faith is also ambiguous, as Moses’ encounters with God (Isaac Andrews) can be read as divine intervention but also as hallucinations. That said, while some spectacles are given rationalist explanations, others are not and can only be read as supernatural, creating a lack of confidence in the subject matter. The storytelling is sometimes loose and progression between scenes illogical and unsatisfying. These flaws do undermine the film, but it remains a dramatic and engagingly personal exploration of politics and faith in the grandest of settings. 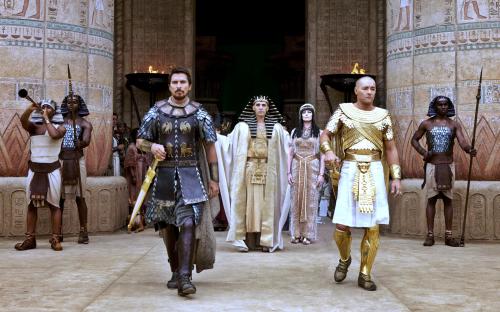