Ayer redeems himself with some stylistic set pieces, the Squad hurling bullets, mallet, flames, boomerangs and bodies with elegant brutality. Central to these and probably the best thing in the film is Deadshot, a smart combination of wisecracking humour and deadly precision, and the character with the most relatable arc. Smith and Ayer make a virtue of the clichéd character traits to create a wounded but unquestionably badass antihero. Smith could have been in Independence Day: Resurgence this year, and based on the evidence, he made a wise decision.

Roald Dahl and Steven Spielberg are significant parts of many childhoods. Both artists use an exquisite method of storytelling that captures that most elusive of elements – true wonder. It is, therefore, perhaps surprising that Spielberg has not directed an adaptation of a Dahl novel until now, but it was the worth the wait as The BFG delivers exactly what could be expected of this dream combination. From the lovingly crafted streets of London to the intricate maze of the Big Friendly Giant’s (Mark Rylance) home and workshop, Spielberg and production designers Rick Carter and Robert Stromberg place the viewer in the position of the enchanting Sophie (Ruby Barnhill) as she learns about giants, Giant Country and dreams. DOP Janusz Kaminsky lenses the film in soft hues, while capturing two bravura sequences in single shots. These set pieces convey wonder and thrills both as spectacle and experience, while screenwriter Melissa Mathison imbues the Buckingham Palace sequences with Queen Elizabeth II (Penelope Wilton) with laugh out loud comedy moments. Performance capture and digital effects bring the BFG to startling life, Rylance’s performance one of charming innocence which rivals that of Sophie. This guileless innocence and childlike charm are the greatest strengths of the film, even if at times it is thematically insubstantial. Reminiscent in its finest moments of Spielberg and Mathison’s previous collaboration, E. T.: The Extra-Terrestrial, The BFG confirms Spielberg’s place as Hollywood’s enduring crafter of cinematic dreams, and the timelessness of Dahl’s beautiful storytelling.

Pixar’s follow-up to their 2003 ocean odyssey Finding Nemo fulfills several functions of a sequel. It reunites the central characters of Dory (Ellen Degeneres), Marlin (Albert Brooks) and Nemo (Hayden Rolence) for another wacky adventure; it expands the fictional world with new environments, characters and situations; it explains Dory’s backstory that was never explored in the original. As a result, Finding Dory fleshes (fishes?) out the overall mythos, introducing the utterly adorable infant Dory (Sloane Murray) and her short term memory loss, as well as the events that led to her meeting Marlin and the events of Finding Nemo. One year after those events, Dory remembers something and sets off to find her family, with Marlin and Nemo along for the tide (sorry). The great strength of Andrew Stanton and Angus MacLane’s follow-up is that it is not simply another oceanic search, as the majority of the action takes place at a Marine Life Institute. This environment constitutes a wonderfully diverse obstacle course for our finned friends, as they travel from sea to tank to pool to pipe, with the odd bucket and drinking vessel along the way. Familiar faces reappear such as Mr Ray (Bob Peterson) and Crush (Andrew Stanton), while the institute features a wonderful cavalcade of new characters, including Destiny the myopic whale shark (Kaitlin Olson), Bailey the beluga (Ty Burrell) who fears his echolocation, Fluke (Idris Elba) and Rudder (Dominic West) the rock-jealous sea lions. Much as Dory proved to be the star of Finding Nemo, the breakout star of Finding Dory is Hank the traumatised octopus (Ed O’Neill) (or as Dory points out, septopus). Hank’s changing form creates many of the film’s funniest moments, the relationship between him and Dory growing through the trials and tribulations that they encounter. These trials are sometimes intense and distressing, but Stanton and MacLane never overplay the drama, balancing heart-wrenching instances with many laugh out loud moments. While it may not reach the depths of Pixar’s best, Finding Dory still offers gallons of intelligent fun.

I have a confession to make: I was trepidatious about Star Trek Beyond because of director Justin Lin’s back catalogue. As Lin has previously directed four Fast and Furious films, I anticipated that Star Trek Beyond would offer fury and speed at the expense of concept and exploration. To my delight, Lin’s film turned out to be more sedate and measured than the previous entries in the Star Trek universe directed by J. J. Abrams, paying attention to the tedium of space travel after several years in space, as Captain James T. Kirk (Chris Pine) laments in his log. Not that Star Trek Beyond is lacking in exhilarating action set pieces and some breathtaking moments. A particular highlight is the gorgeously designed space station Yorktown, effectively a planet designed inside out with multiple planes radiating out from a central core, each with their own gravitational axes. Yorktown is illustrative of the film as a whole, a beautifully designed and cogent world with a clear identity, to a greater extent than Star Trek and Star Trek Into Darkness. Whereas the Abrams-directed films struggled to incorporate elements of the original Star Trek while also being fresh and new, Star Trek Beyond strikes just the right balance of tradition and innovation. The film offers the flash and shine of new Trek with affection and warmth for this 50 year-old franchise. Much of this warmth can be credited to the script of Simon Pegg and Doug Jung, while Pegg along with the rest of the cast now fit comfortably into their characters. Despite being released in year of Star Trek’s 50th anniversary, Star Trek Beyond is not overloaded with importance. There are references to earlier films such as The Search for Spock and Generations, as well as TV series including Enterprise, but these are well integrated into the drama. Similarly, the film includes a hearty but not overplayed message in the vein of Trek moralising. An annoying trend in contemporary blockbusters is the tendency to overplay their hand, getting bigger to the extent of being bloated (yes, Age of Ultron and Batman V Superman, I mean you). For all the epic grandeur of the final frontier, Star Trek Beyond goes the other way, being sleeker, more intimate and all the more satisfying for it. 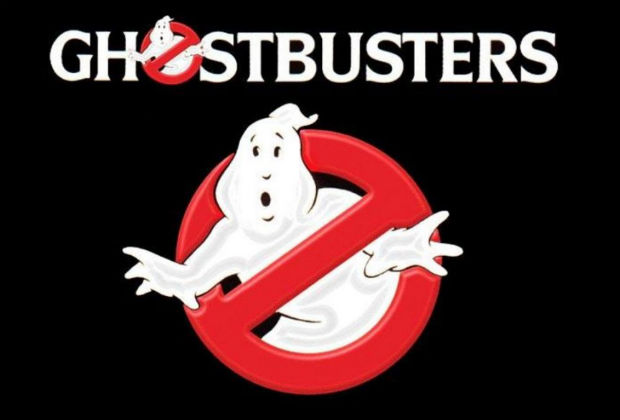 Ghostbusters is funny, boisterous, exuberant and in places spectacular. It features comedy, action and respect for its audience. The four protagonists, Abby Yates (Melissa McCarthy), Erin Gilbert (Kristen Wiig), Jillian Holtzmann (Kate McKinnon) and Patty Tolan (Leslie Jones) are warm, rounded and have a variety of motivations, including knowledge, creativity and belonging. And while Paul Feig’s remake pays homage to the legacy of the franchise (including some sly cameos by original cast members), it also stakes its own territory with verve and aplomb. While it is far from perfect, it is a perfectly entertaining way to spend a couple of hours.

The misogynistic trolling that preceded this film highlights the need for major blockbusters with female leads whose gender is not an issue. Four men busting the paranormal causes no controversy; therefore neither should four women. The problems with the film can be laid squarely at the feet of co-writer/director Paul Feig. Feig has great comic skills in terms of slapstick set pieces – the Ghostbusters trying out new equipment is a highlight – as well as wacky character banter such as the idiocy of the team’s secretary Kevin (Chris Hemsworth). Feig is less confident with large-scale action sequences, which other directors such as Joss Whedon and Shane Black tackle with grandeur while still maintaining a comedic edge. The finale of Ghostbusters is probably its weakest movement, as all hell literally breaks loose and the film veers unevenly between action and comedy. This can leave the viewer yearning for the sharpness of the inter-character moments when the film is at its most laugh out loud funny.

Feig’s weaknesses aside, his approach to mainstream filmmaking is to be applauded. Over the course of his career, closely tied to the rise of Melissa McCarthy, Feig has taken several genres and stocked them with female characters. His most accomplished film, Bridesmaids, is a romantic comedy, long associated with female audiences. However, entries in this genre often focus as much if not more on the male characters, whereas Bridesmaids focuses squarely on the women with the men very peripheral. The Heat is a buddy cop comedy, which would typically centre on male characters, as would the genre of Spy, but Feig demonstrates that these narratives work just as well with women. The success of these Feig/McCarthy collaborations demonstrates the commercial viability of mainstream movies with women as central characters, and Ghostbusters continues this trend. Now if a majority of studio executives would accept this empirical reality, wouldn’t that be a positive step towards equality?