There is a key moment in Denis Villeneuve’s sequel to Ridley Scott’s Blade Runner when a character learns an important truth. The moment features two figures captured in a two-shot that silhouettes their profiles against a richly textured background. This instance encapsulates the film as a whole, as every frame is saturated with meaning, craft and beauty. Set thirty years after the events of the original film, Villeneuve’s follow up is not a sequel that we needed but it is one that fans of the original deserve, as BR2049 pays homage to the original, one of the most influential science fiction films ever made, while also staking out its own territory. Villeneuve and writers Hampton Fancher and Michael Green’s story of cop K (Ryan Gosling, developing his taciturn roles in Drive and Only God Forgives into something all the more eerie) searching for answers in a dystopian California builds upon the first film and explores many of the same questions about humanity and identity, what it means to be a person, what is the influence of voice, embodiment, obedience, views of self and other. Brilliantly, BR2049 takes these questions in new directions, raising issues of what constitutes procreation and the importance of digitization. Production designer Dennis Gassner and the visual effects team go beyond the huge advertisements of the first film with giant 3D projections in the Los Angeles of 2049, while interactive AI and immersive holographic environments appear throughout the film. Blade Runner 2049 therefore continues to explore the tension between what is real and what is artifice, a line that is progressively blurred and distorted. Interestingly, the film is reminiscent both of the original Blade Runner as well as more recent science fiction such as A.I.: Artificial Intelligence and Her. The recurrence of these themes and tropes demonstrates the eternal recycling of concepts in science fiction, yet BR2049 never feels stale or like something we have seen before (even though, in a sense, we have). The central uncanny conceit operates on a narrative, thematic and stylistic level, and even in the very substance of the film.

Roger Deakins is the true star here, his exquisite visuals spellbindingly beautiful while simultaneously laden with portent. Yet these images are themselves ephemeral, data that has no more physical substance than some of the characters in the film. The viewer’s reaction therefore mirrors the characters. Just as K gazes at holograms with a mixture of wonder and bitterness, so does the film invite awe tinged with scepticism. Some of this scepticism can spill over into criticism – the film’s length and languorous pace is not to all tastes, while aspects of the principal antagonist add little to the proceedings. It also sidelines exploration of its female characters in favour of male questing, which is a shame because the female characters often suggest intriguing alternatives. But overall, these are minor quibbles in a film that largely delivers on the promise of its predecessor, and will likely be analysed and debated for another thirty years. 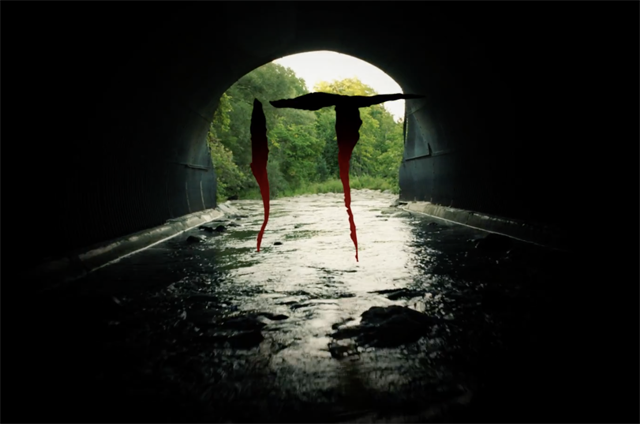 It arrives laden with expectations, both for those familiar with the Stephen King novel as well as the TV miniseries. Whether viewed by fans of these earlier versions or newcomers, the key question is does Andy Muschietti’s cinematic rendering offer anything new or, indeed, effective? The answer is a ferocious YES, as It lures you into a world of growing pains, cine-literacy and major jump scares. Set in 1989, rather than the 50s of the original, the film is shot through with affection for its cast and indeed being a teenager at that time. References to Gremlins, Batman and A Nightmare on Elm Street 5 pepper the film, as does the spirit of adventurous youth found in Stand By Me (also adapted from a Stephen King original). The central group of the Losers are familiar from film convention – the tough girl, the troubled leader, the token black kid, the hypochondriac, the smart mouth, the Jew, the studious fat kid – but none of these are a postmodern cipher simply there to reference other films. Rather, they all have relatable problems, often associated with their parents who range from dismissive to overbearing to abusive. There are also social issues including bullying and racism, which have the cumulative affect of an unsympathetic world in which the only thing you can count on is your friends. Therefore, the close bonds between the Losers are convincing and affecting, and their shared terror as they encounter Pennywise the Dancing Clown (Bill Skarsgård) is all the more involving. As Pennywise, Skarsgård is never less than unsettling and at times outright terrifying. Muschietti steadily draws the viewer in, with wide angled shots capturing the kids in menacing expanses, while Pennywise and his ominous balloons are framed in tighter shots that express his intrusion into the kids’ space. The clown’s appearances sometimes prompt gut-wrenching jumps, all the more effective because of the preceding drip feed of malevolence. Yet the strongest impression of the film is one of friendship rather than fear, our plucky heroes bonded through their mutual fear and camaraderie. It is a good film to jump at, but perhaps a better one to enjoy with friends.