As the year reaches its half way point, I take stock of what I have seen thus far. I was able to see more films for the first month, managing seven in January (although some were leftovers from December). Then work got in the way and I had to be picky about my encounters.

Most galling in this regard was not seeing the eventual Best Picture winner until after the Academy Awards took place, which has not happened for years. But at least I ticked off all eight of them, as usual some being released this year, and one creeping into my top six thus far.

2019 has had its share of prestige fodder and box office battalions, with Hollywood, Britain and other countries jostling at the cinema. The year thus far has rewarded, confounded and exceeded expectations with sequels and franchise instalments, although the best offerings came from unexpected sources. Thus, my personal six best films of the first six months of 2019 are: 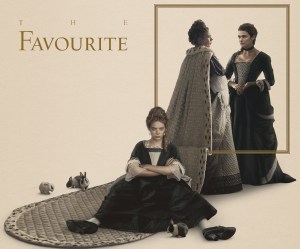 An extraordinary, acerbic, acidic and at times absurdist comedy-drama of manners, manipulation and monarchy.

A gloriously funny, beautifully sweet, sometimes surreal, touching, delightful coming of age comedy of being more than you or anyone else expects. 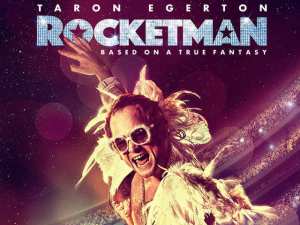 Fighting With My Family

A joyous, heartwarming, bittersweet delight of family, wrestling, dreams and the pride of being a freak from Norwich.

A glorious superpowered special forces adventure of memory, identity and morality, boosted with beautiful politics of diversity and inclusion.

A disparate and somewhat hollow but still brooding and atmospheric superhero adventure, spiced with the most dramatic of dramatic scores.

What will the rest of the year bring? Certainly there is much to be excited about, as Avengers, Jedi, musicians, demon clowns, entrepreneurs and more continue to compete for attention in the overcrowded cinemas. Plus there are remakes, re-releases and homages still to come. Will these six make it into the Top Twelve of 2019? Check back in six months to find out! 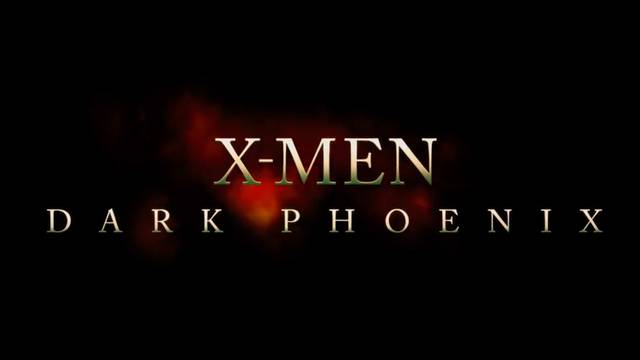 The superhero genre groundwork was laid by the Superman and Batman franchises, improved by Blade, and received its first fully formed incarnation with 2000’s X-Men. The subsequent 19 years delivered a further eleven films, ranging from the highs of X-2 and Logan to the lows of X-Men Origins: Wolverine. X-Men: Dark Phoenix is, sad to say, another low. There are many familiar features, from visual renderings of telepathy to energy blasts from eyes, but there is little that’s new or interesting. Writer-director Steven Kinberg displays little flair or innovation, making the viewer pine for the stylistics of Bryan Singer (controversy notwithstanding) or Matthew Vaughn. Action set pieces on a space shuttle and aboard a train pale in comparison to earlier entries in the franchise as well as those in Marvel Studios’ output. That said, Kinberg does manage to evoke a sense of atmosphere, fitting for the steady and dangerous increase of power in Jean Grey (Sophie Turner). At their heart, superhero films are always about power and its appropriate use, and Dark Phoenix does continue this conceit in relation to Jean, and also Charles Xavier (James McAvoy), but without any significant depth. Indeed, much of the early part of the film is fairly bland, despite potentially shocking moments, though it does pick up slightly when Erik Lensherr/Magneto (Michael Fassbender) appears. Despite the best efforts of the cast, and a prominence of female characters, the strongest element of the film is the score, with Hans Zimmer at his most Hans Zimmer. Crashing synths and booming Braaaaaaahms abound, adding to the atmosphere even if the end result is somewhat hollow. As a chapter in the franchise, Dark Phoenix feels conclusive, and it is a damp squib for this long running series to go out on. But then again, you can never keep a good (or bad) mutant down. 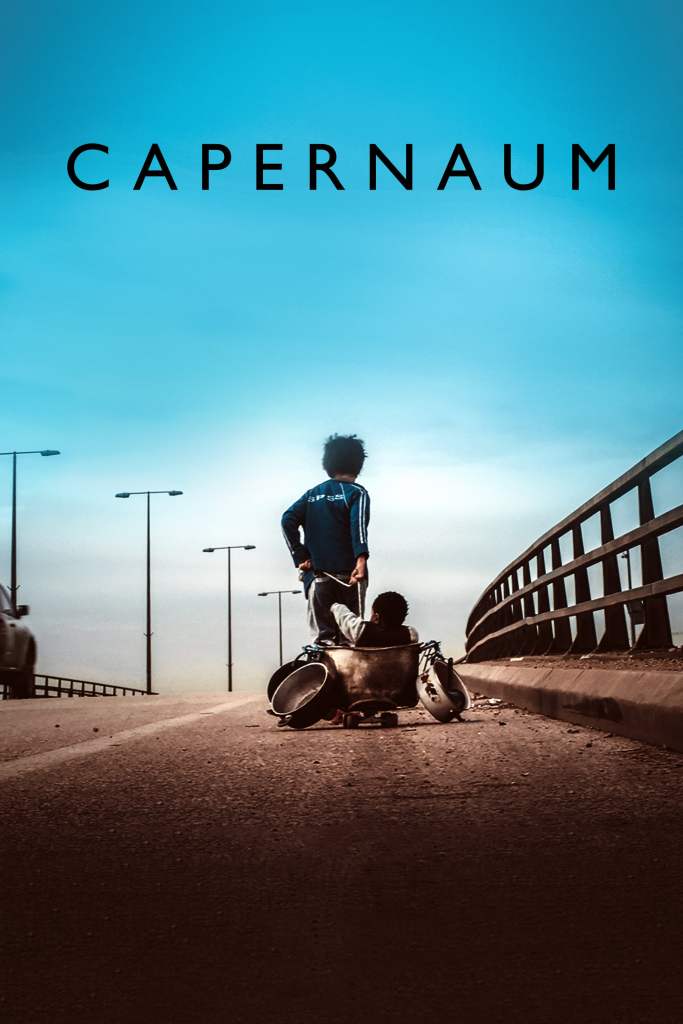 Issue cinema can be seen as exploitative or socially progressive. Poverty, child abuse, immigration and refugees regularly appear on the news and in public discourse. Amidst all this discussion, statistics can sometimes obscure the human face. With Capernaum (translated as Chaos), writer-director Nadine Labaki makes these topics human and relatable, raising awareness of child poverty and the non-status of certain groups in a way that is deeply empathetic and heartfelt. Capernaum follows Zain (Zain Al Rafeea), an approximately 12-year-old Syrian refugee living in Beirut. Imprisoned for five years, Zain sues his parents for having him, arguing that his birth condemned him to a terrible life. The film then largely narrates Zain’s story through flashback, covering his fractious family life, witnessing a child marriage, his time as a runaway, a friendship he forms with Ethiopian immigrant Rahil (Yordanos Shiferaw). Along the way, the film explores issues of correct and forged papers and the difficulties of identity, as well as experiences of imprisonment. While the film remains focused on Zain and, to a lesser extent, Rahil, Labaki utilises the richly textured locations to capture a great deal of social detail. Other immigrants in a detention centre, extreme poverty, remarkable ingenuity, multiple black markets – all appear without the film ever labouring its points or coming across as preachy. While the film’s ethical standpoint is clear, there is no sense of finger-wagging or chiding the audience for being responsible, rather we are presented with this troubling aspect of our contemporary world and invited to respond. Much of this invitation can be credited to Labaki’s vibrant and immersive style, consisting of handheld cameras often held at a child’s level, expressing the rush as well as the drudgery of life below the poverty line. Much of the film is a hard watch, with scenes involving Zain and Rahil’s baby Yonas being especially heart wrenching. But throughout, Zain’s indomitable courage and ingenuity shines through, the young actor’s performance never less than captivating. Capernaum is ultimately a film of hope and humanity despite its regular portrayal of inhumanity, making it that finest of issue cinema – where the politics are the people.

Godzilla: King of the Monsters

It may be unfair to review movies on the basis of their comparison to other movies, but it is especially hard not to do so when dealing with franchises and sequels. In the case of Warner Bros. and Legendary Pictures’ ‘Monsterverse’, Gareth Edwards’ 2014 Godzilla was a masterpiece, while Jordan Vogt-Roberts Kong: Skull Island was an unexpected delight. Coming after this (super) heavyweight combo, Godzilla: King of the Monsters has a lot to live up to. It does not succeed in this respect, but it would be simplistic to describe its failings as being inevitable, as writer-director Michael Dougherty along with co-writers Dougherty, Max Borenstein and Zach Shields miss two of the fundamental strengths of the previous films. The first is simplicity, as KOTM suffers from too much plot. Godzilla featured monsters that rise, humans that observe, all hell that breaks loose; K:SI was a straightforward land-on-mysterious-island-and-then-wish-you-hadn’t storyline. KOTM features the global organisation Monarch, multiple dormant (and then not so dormant) ‘titans’, eco-terrorists, a fractured family, political and military debates, all of which result in an over-complicated narrative that frequently stops for characters to explain the plot. This narrative murkiness is paralleled with visual darkness and excessive rain, which obscures the visuals. The gloomy visual palette ties to the second major feature missing from this film – awe. Despite the immense scale of the multiple monsters that reclaim the Earth, there is little sense of wonder or grandeur in their presentation. This is unfortunate, because the premise of multiple titans clashing offers great potential, both for long-standing fans of the kaiju genre as well as newcomers.

That said, there are plenty of monster smack downs which do provide some visceral thrills, especially as Dougherty favours a ground level camera with much handheld work, recalling Godzilla imitator Cloverfield. And while the cumulative marvel and awe are absent, the film does offer individual moments of wonder such as Ishiro Serizawa (Ken Watanabe) encountering Godzilla up close as well as the early emergence of Mothra. The final images do set up a promising continuation, so here’s hoping the narrative is more straightforward next time.

Disney’s animated Aladdin from 1992 is a classic. Its animation, its songs and Robin Williams’ Genie have entered the pantheon of iconic animation and family entertainment. The 2019 remake, directed by Guy Ritchie, therefore has a lot to live up to. As with previous remakes Cinderella, The Jungle Book and Beauty and the Beast, the film faces a dilemma. Be too different and fans will be alienated. Be the same and what’s the point? Ritchie’s film, if that is even a fair description, gets some elements right and others not so much. The setting of Agrabah is detailed and immersive, rendered in bright colours and vibrant regions through which the inhabitants run, leap and bound. These inhabitants are a colourful (more on that later) cavalcade including Aladdin (Mena Massoud), Jasmine (Naomi Scott), the Sultan (Navid Negahban) and Jafar (Marwan Kenzari), along with animal sidekicks Abu and Rajah, and an array of supporting players. The performances are all fine, the highlight being Will Smith as the Genie. Smith makes the character his own, not imitating Williams even when delivering the same lines. Less successful is the direction, as there seems to be an unresolved tension between Ritchie’s distinctive flourishes and the clarity of Disney’s house style. Scenes between characters as well as the action set pieces are effective, but the musical sequences constitute a distinct shift and feel forced, suggesting Ritchie does not come naturally to the musical genre. There are commonalities between Aladdin and Ritchie’s precious work, especially his two Sherlock Holmes efforts that managed to be family friendly urban action tales. At some points during Aladdin, the speed of the action varies which recalls sequences of Holmes (Robert Downey, Jnr.) planning his next move. Unfortunately, Aladdin‘s characters bursting into song jars with the immersive approach that Ritchie otherwise cultivates. It could be said that all musicals stop for the big numbers, but here the numbers do not feel of a piece with the rest of the film. As a case in point, in one scene a character goes into a personal fantasy to sing, other characters literally vanish, but when she finishes her song, the scene picks up from the point where she started, making the song noticeably separate. 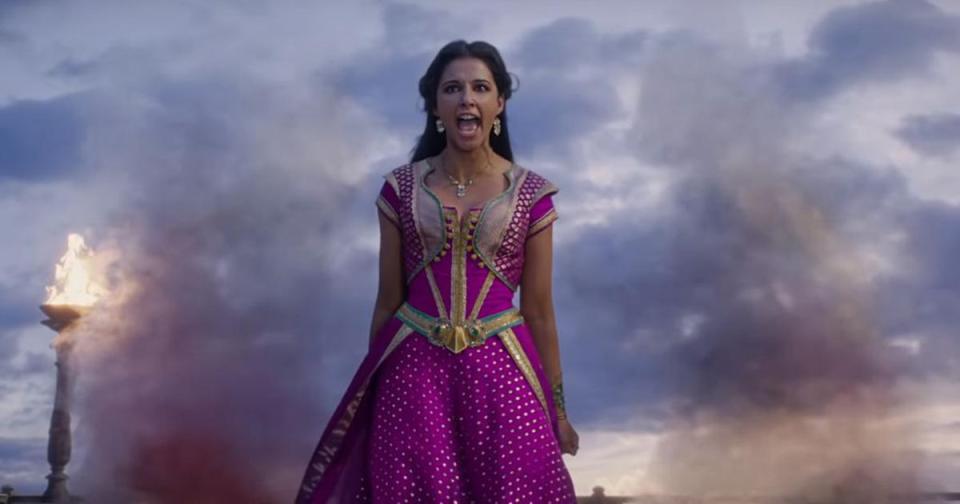 That said, this musical number itself is part of the film’s strongest element – its progressive politics. Much like recent Disney output, such as Frozen and Zootropolis as well as live action fare including Black Panther and Rogue One, Aladdin displays progressive politics without emphasising them. The cast consists almost entirely of people of colour, and rightly there is nothing extraordinary about this, as it is a story set in the Middle East. Even better, the arc of Jasmine at least as significant as that of Aladdin. This Jasmine is not only a woman of independence and agency, but she is also a ruler in waiting who does not need men instructing her. For all its problems, Aladdin does present a whole new world we could all benefit from seeing more of.