The Midnight Sky is a sleek, shiny film that could be cold and distant. However, it is also an emotional and moving drama about isolation and connection. Director George Clooney takes influence from his longtime collaborator Steven Soderbergh, with the design, editing pattern and pacing of The Midnight Sky often reminiscent of Solaris. Clooney plays Augustine, a scientist alone in a polar research station in the aftermath of an unidentified global catastrophe. His only hope of communication is with the Aether, a space vessel returning from Jupiter’s moon K-23. The crew of this vessel Sully (Felicity Jones) along with Adewole (David Oyelowo), literally and unknowingly carrying the future of humanity with them. Clooney’s focus upon these isolated groups of characters are the film’s strongest elements, as Augustine’s mind and body start to fail him yet he pushes on. Despite their rigid protocol, the crew of the Aether are never less than warm and human. Some flashback elements as well as final act decisions make the overall result messy and uneven, but the film’s emotional core maintains a powerful grip throughout. 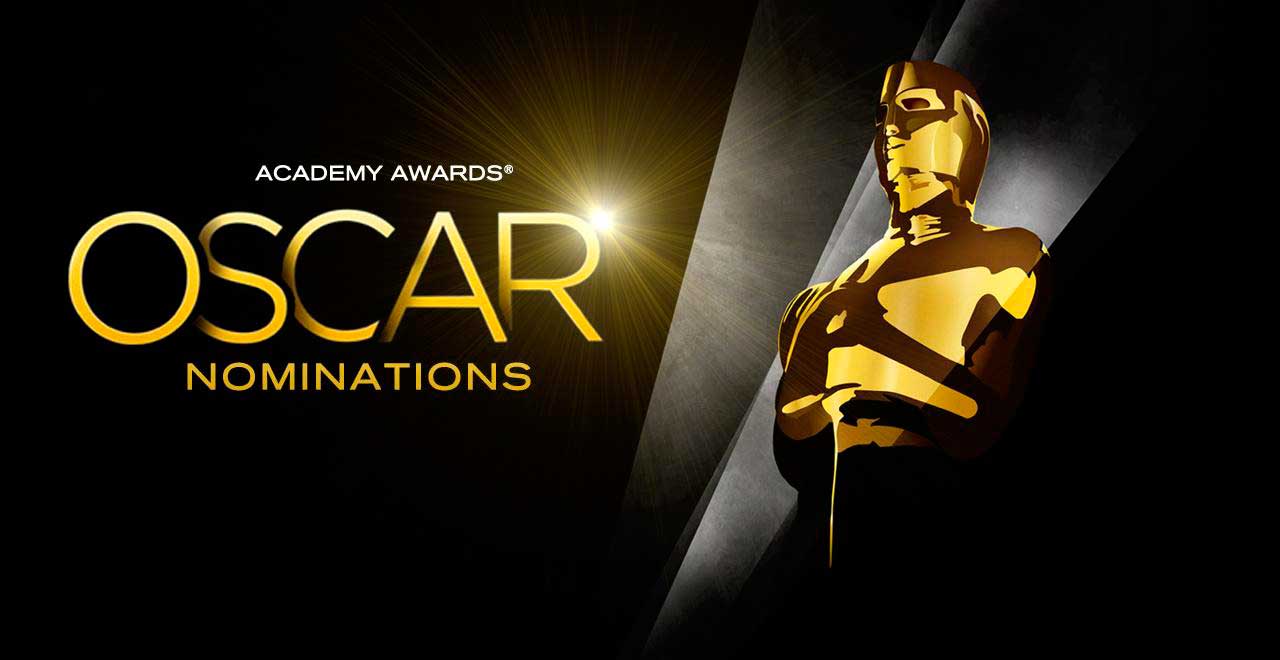 The sharp-eyed among you, and possibly the impatient, may have noticed that my previous posts on the Oscars neglected to give any verdict on the actual nominees for this year’s Academy Awards. Now that I’ve actually seen more of them, that will be rectified, just in time too. What I am NOT going to do, however, is declare that I know better than the Academy of Motion Picture Arts and Sciences and that they should obviously have nominated Pride over American Sniper, or that Michael Keaton should win because he is clearly so much better than Eddie Redmayne, and that if Julianne Moore doesn’t win it will be a travesty, etc. I hate it when individuals insist that their own singular opinions are more valid than the democratically voted Academy nominees and winners. You may disagree with the results of these votes, but that does not make you right, better or superior. I therefore offer my prediction of what I believe will win and what I would vote for if I were a member of AMPAS. If I have not seen enough of the nominees, I offer no opinion. 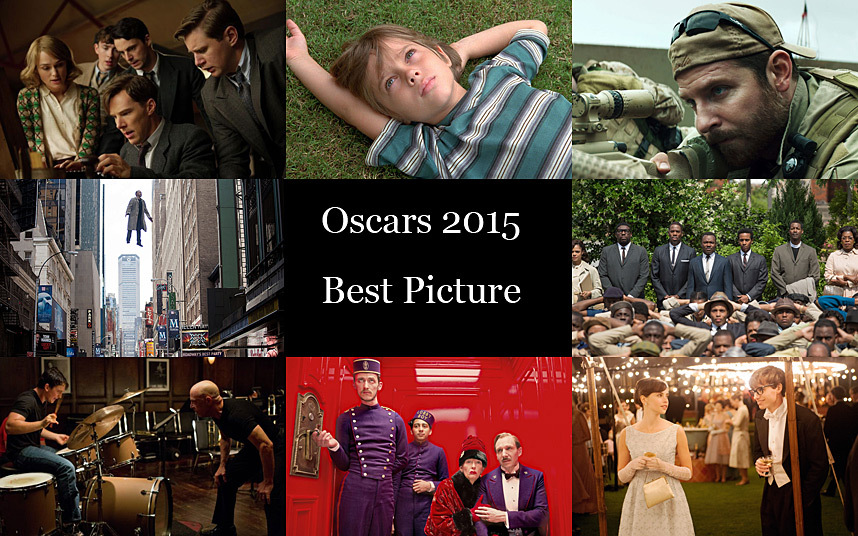 Based purely on content, the films most likely to win Best Picture are The Imitation Game and The Theory of Everything. The former is a true story about an important figure of the twentieth century, largely set during World War II. The latter is a true story about an important figure of the twentieth century who overcame great adversity. The adversity is significant here – The Theory of Everything presents Stephen Hawking’s story as one of triumph and the power of love, whereas The Imitation Game balances triumph with tragedy, as Alan Turing may have cracked the Enigma Code but submitted to chemical castration before committing suicide (according to the film). It is a sad fact that the Academy’s conservatism is likely to block The Imitation Game from Best Picture, as it is a film focused upon a homosexual. While such films have previously been nominated, such as Brokeback Mountain, Capote (both 2005) and The Kids are All Right (2010), they are yet to win Best Picture.

American Sniper shares elements with 2009’s Best Picture winner The Hurt Locker with its attention to the minutiae of combat, and has the added bonus of being a true story. Selma is also a true story, about major events in American history and one of the most significant activists of the 20th century. Both these films have generated controversy, American Sniper for its (according to some) pro-war presentation of the Iraq conflict and Selma for the Academy’s failure to nominate Ava DuVernay for Best Director or David Oyelowo for Best Actor. The Academy rarely rewards controversial films, and it is a sad truth that “black” films are also seldom rewarded, 12 Years A Slave being the first “black film” to win Best Picture.

Of the fictional tales, The Grand Budapest Hotel is a long shot as comedies very rarely win; Whiplash speaks to an artistic sensibility that chimes with the Academy’s love for triumphing over adversity. The admiration for Richard Linklater’s twelve-year labour of love has continued since the Golden Globes and shows no signs of abating. While I was more impressed by Birdman’s visually thrilling attack on contemporary culture, I predict that the Academy will go for the American charm that Boyhood valorises.

Richard Linklater’s extraordinary commitment to Boyhood’s twelve-year production is reason enough for the Academy to reward him. Furthermore, he is a well-established and respected figure in Hollywood (and apparently Ethan Hawke’s best mate) whose films have captivated many over the years. It seems to be his time. However, Alejandro González Iñárritu picked up the Directors’ Guild of America award, which is frequently followed by the Oscar, so it is a very close race. I preferred Iñárritu’s swift, relentless and visceral direction of Birdman, which is a sharp contrast to Linklater’s more fluid, blink-and-you’ll-miss-that-we’ve-jumped-forward-three-years approach. I still think Linklater will win, but I would be over the moon if this award went to Iñárritu.

Eddie Redmayne, The Theory of Everything

Physical transformation and playing a historical figure are what the Academy love, and Eddie Redmayne has already picked up multiple awards. While the Academy also loves a comeback like that of Michael Keaton, such performances don’t always win (see John Travolta for Pulp Fiction and Mickey Rourke for The Wrestler). I would love Keaton to win, not least because he is never likely to do a better performance, but I think it unlikely.

Felicity Jones, The Theory of Everything

I have only seen two of these nominees, Rosamund Pike and Felicity Jones. I enjoyed both films and consider Jones to be the best thing in The Theory of Everything, but of the two I would pick Pike. However, it looks like this will be the year of five-time nominee Julianne Moore. I wish her well, and look forward to seeing Still Alice.

Aside from Robert Duvall, I have seen all of these and they are a great bunch (film fans in search of great acting should check out Best Supporting Actor nominees). J K. Simmons has picked up all the awards so far, and will almost certainly pick up the Oscar too. While I was less than enamoured with Whiplash as a whole, I have no problem with his performance.

Meryl Streep, Into the Woods

I was impressed by Patricia Arquette, Keira Knightley and Emma Stone, and am somewhat bemused that Meryl Streep has yet another nomination to add to her collection (I have seen neither Into the Woods nor Wild). As Arquette has won everything so far, there is no reason to suspect she will not continue. And I pick her too, not least because she reminds me of my own mother.

I’ve seen all of these other than Nightcrawler, and with Writers Guild Awards as well as a BAFTA, the witty and wacky script of The Grand Budapest Hotel is a safe bet. But as in the Best Picture category, I prefer the scathing, mad energy of Birdman.

A mixed bag here, one based on a novel, three on biographies and one on a short film. The battle here is between the Writers’ Guild Award winner The Imitation Game and the BAFTA-winning The Theory of Everything. I like both films and it could go either way, but on the night I believe the Academy will follow the practice of the guild. I’m OK with that. 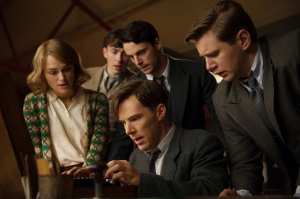 How to Train Your Dragon 2

Song of the Sea

The Tale of the Princess Kaguya 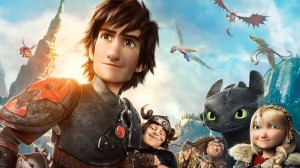 Predicted winner: How to Train Your Dragon 2 (the only nominee I’ve seen as well)

The Salt of the Earth

What will win: Virunga (not seen any, so a complete guess)

I’ve seen all of these but confess I barely remember the scores from all but one, and as a huge fan of Hans Zimmer in general and his score for Interstellar especially, I would like him to win. But Alexandre Desplat is receiving his seventh and eighth nominations simultaneously, and I think it is his time. For which film? Since Desplat picked up the BAFTA for The Grand Budapest Hotel, this seems likely. But then again, Jóhann Jóhannsson won the Golden Globe for his score for The Theory of Everything, so this race has a far from obvious winner. 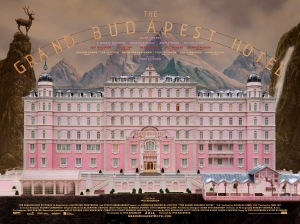 There’s a simple reason Birdman will not win Best Picture, which is that it is not nominated for Editing. Historically speaking, Editing and Picture frequently go together, at least in terms of nominations. If Best Director and Original Screenplay were certain to go to Boyhood, I would predict differently. But as Birdman could pick up Director and The Grand Budapest Hotel is more likely for Screenplay, as a Best Picture winner Boyhood will also pick up Editing. That said, I found the more intricate cutting of The Imitation Game to be more involving and absorbing.

Dawn of the Planet of the Apes

Guardians of the Galaxy

X-Men: Days of Future Past

What could be known as the blockbuster award, this is the one bone that is regularly thrown to the box office champions, where artists and technicians make wildly popular cinematic marvels, for films that are consistently ignored for other awards. I imagine Interstellar’s spacescapes will be rewarded here, but personally I was even more taken by the extraordinary performance capture and digital rendering of ape armies.

Preferred winner: Dawn of the Planet of the Apes

The Hobbit: The Battle of the Five Armies

War films typically make great use of sound, and American Sniper is no exception. But the brilliant interchanges of sound and silence in Interstellar might just snag it, if I have my way.

Again, I was captivated by the sound of Interstellar, but I cannot help but be impressed by Whiplash’s soundscape of music, voices and more indistinct noises.

The Grand Budapest Hotel is an exquisitely designed film and it seems unlikely that the Academy members will ignore this.

An astonishing level of artistic and technical brilliance is performed by Emmanuel Lubezki in Birdman, making this award a sure thing.

Guardians of the Galaxy

The makeup and hairstyling of The Grand Budapest Hotel is a work of art in itself, and is exactly the type of work that tends to win this award.

Much the same as Makeup and Hairstyling.

In the other categories, I do not know enough to guess.

Me and My Moulton

“Everything Is Awesome” from The Lego Movie

“Grateful” from Beyond the Lights

“I’m Not Gonna Miss You” from Glen Campbell: I’ll Be Me

Check back soon for my reactions to the winners and the show as a whole! I predict it will be legen – wait for it – DARY!